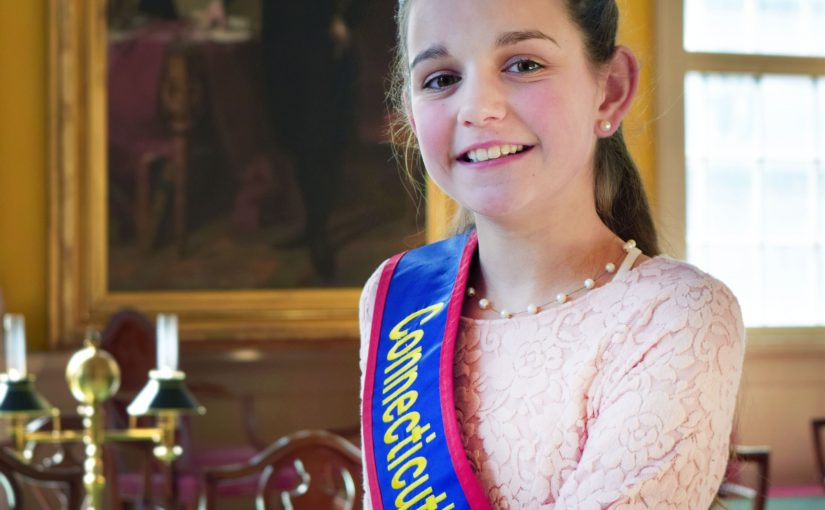 Hello! My name is Megan and I am a 5th Grader at Brownstone Intermediate School in Portland, Connecticut. I live with my mom, dad, older brother and sister named Kevin and Mary, and a dog named Finley! I enjoy hanging out with my friends and family. I also like playing with my dog and playing soccer, basketball, and lacrosse. My leadership qualities include being very determined and also very dependable. Additionally, I am very open minded. I always have a plan set but I am willing to change it if you have any good suggestions or thoughts!

Learn about my fundraising mission to bring entertainers to local hospitals and lift the spirits of cancer patients!
Learn more here…

2018 Connecticut’s Kid Governor Megan Kasperowski was elected on her platform of Stronger Than Cancer: Lifting Spirits & Changing Lives. Her platform focuses on three platform points to help people with cancer:

Watch Megan’s campaign video for more about her campaign!

Highlights from Megan’s Term in Office

November 2017
Megan is announced as the 2018 Connecticut’s Kid Governor!

On Tuesday, November 21, 2017, the Connecticut Public Affairs Network announced that fifth graders across the state had elected Megan Kaspeowski of Portland as the 2018 Connecticut’s Kid Governor (CTKG). The announcement came during a school-wide assembly at Brownstone Intermediate School where Megan is a fifth-grade student in Mr. Santavenere’s class. A breaking news segment featuring anchor Mark Zinni and Deputy Secretary of the State Scott Bates shared the election results with Brownstone students and online viewers across the state. Classmates cheered and the Portland High School marching band played as Kid Governor-Elect Megan, who ran on a cancer awareness platform, thanked voters and fellow students for their help and support. Read more…

May 2018
Megan launches her Stronger Than Cancer Fundraiser and surpasses her fundraising goal!

In May 2018, Megan announced her Stronger Than Cancer Fundraiser, focused on helping people who have cancer. One of Megan’s platform goals was to lift the spirits of cancer patients by providing entertainers who can visit them in hospitals here in Connecticut. CTKG Megan originally set out to raise $1,000 statewide to hire entertainers to cheer up the cancer patients at Smilow Cancer Hospital in New Haven and Connecticut Children’s Medical Center in Hartford. Thanks to the generosity of students and online donors, Megan quickly exceeded her initial fundraising goals and set a new goal of raising $3,500. By the end of the 2017-2018 school year in June, Megan was able to reach her new goal. Donors, both in school and online, were eligible to receive a limited addition purple “Stronger Than Cancer” wristband.

Click here to learn more about CTKG Megan’s term in office and see how she made a difference!