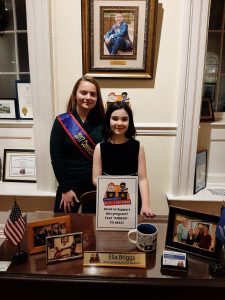 On December 12, 2019, CTKG-elect Myra attended Celebrate Connecticut’s Old State House in Hartford. Her first public event, CTKG Myra met with constituents, Secretary of the State Denise Merrill, and other special guests. One of the special guests in attendance was 2017 CTKG Jessica Brocksom. Jessica was also elected on a platform of helping animals (Helping Animals, Those Without a Voice). The two kid governors were able to speak about what it means to be Connecticut’s Kid Governor and what Myra can expect in 2020.

On Thursday, November 21, 2019, Myra Stanfield of Eric G. Norfeldt Elementary School in West Hartford was announced as the 2020 Connecticut’s Kid Governor. Myra was elected by the fifth graders of Connecticut based on her platform of standing up for animals. Myra’s term as Kid Governor will begin in January, starting with her inauguration at Connecticut’s Old State House in Hartford.

Congratulations to all of the 2019 Statewide Election Nominees! 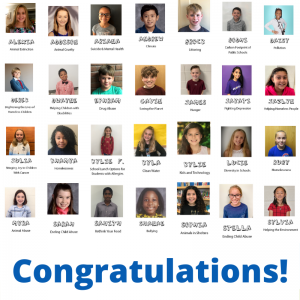 Watch all of the nominee videos HERE. 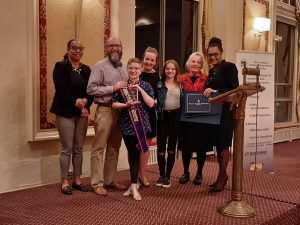 On November 21, 2019, CTKG Ella Briggs was awarded the Future Leader Award by the Connecticut Commission on Human Rights and Opportunities. This award recognizes a Connecticut youth who has focused on civil rights, law enforcement, advocacy, and/or education. 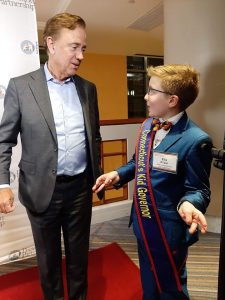 On November 14, 2019, CTKG Ella attended the 30th Anniversary Celebration for The Governor’s Prevention Partnership. Ella was invited to speak about her Pride-Hope-Love platform with community, business, and government leaders (including Governor Ned Lamont!). One of the Partnership’s focuses is on safe school environments which connects with Ella’s platform point of creating safe spaces for LGBTQ students.