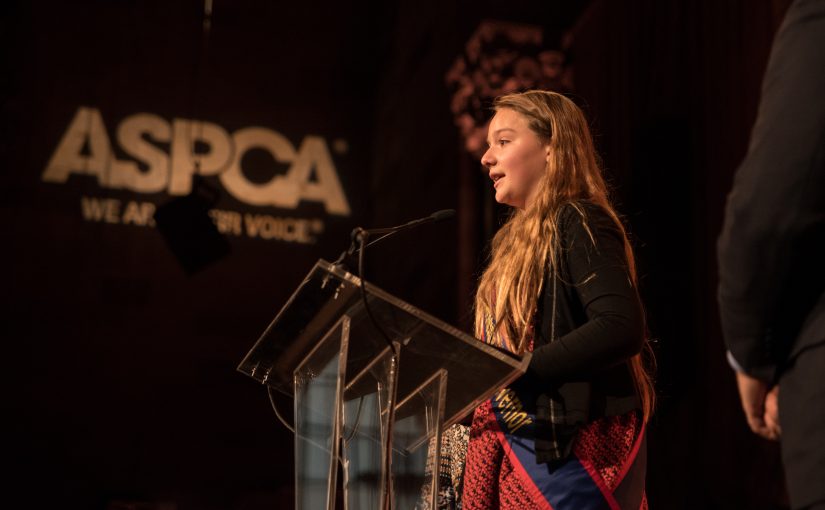 The second annual Connecticut’s Kid Governor® Inauguration Day event took place at Connecticut’s Old State House on Friday, January 13th. Over 250 students, educators, elected officials, and members of the press attended the celebration in the Old State House’s historic courtroom. In addition to swearing in Jessica Brocksom as Connecticut’s second Kid Governor, the day-long event also recognized the hard work and accomplishments of the other six final candidates from the 2016 Statewide Election and their classmates. All seven final candidates and their classes attended the event, which included an immersive exploration of Connecticut’s three branches of government. Students were welcomed by Old State House staff and volunteers as well as volunteers from Civics First.

CTKG Jessica sits down with the Connecticut Network’s (CT-N) Diane Smith to discuss her campaign “Helping Animals, Those Without a Voice” and goals as the next Kid Governor.

CTKG Jessica Recognized in front of the Connecticut General Assembly

Representative Diane Urban awards a citation to CTKG Jessica, and Jessica gives a press conference from the State Capitol steps.

Jessica met with Senator Richard Blumenthal, Senator Chris Murphy, and Representative Rosa DeLauro, as well as staff from the Human Society of the United States during her trip to Washington D.C. Read more about Jessica’s trip from her perspective by clicking here!

CTKG Jessica wins the ASPCA Kid of the Year Award

The American Society for the Prevention of Cruelty to Animals® (ASPCA) has announced that 2017 Connecticut’s Kid Governor® (CTKG) and Milford resident Jessica Brocksom will be honored as the ASPCA Tommy P. Monahan Kid of the Year Award Winner. The national award recognizes a child who has made a unique and impactful commitment to animal welfare. Brocksom was chosen as this year’s recipient after promoting her platform “Helping Animals, Those Without a Voice” through the state of Connecticut following her election and inauguration as Connectiuct’s Kid Governor. Read more…

Jessica created a Responsible Pet Owner Pledge as part of her campaign to raise awareness about animal cruelty and the best ways to care for pets. You can read more about Jessica’s pledge on her blog, or click here to download your own copy of the pledge!

CTKG Jessica in the News

Read and watch the media coverage of Jessica’s campaign, election, and term as the 2017 Connecticut’s Kid Governor by clicking here.

Read more about Jessica’s experiences as Kid Governor and the impact that she has made with her platform of “Helping Animals, Those Without a Voice” by visiting her blog.