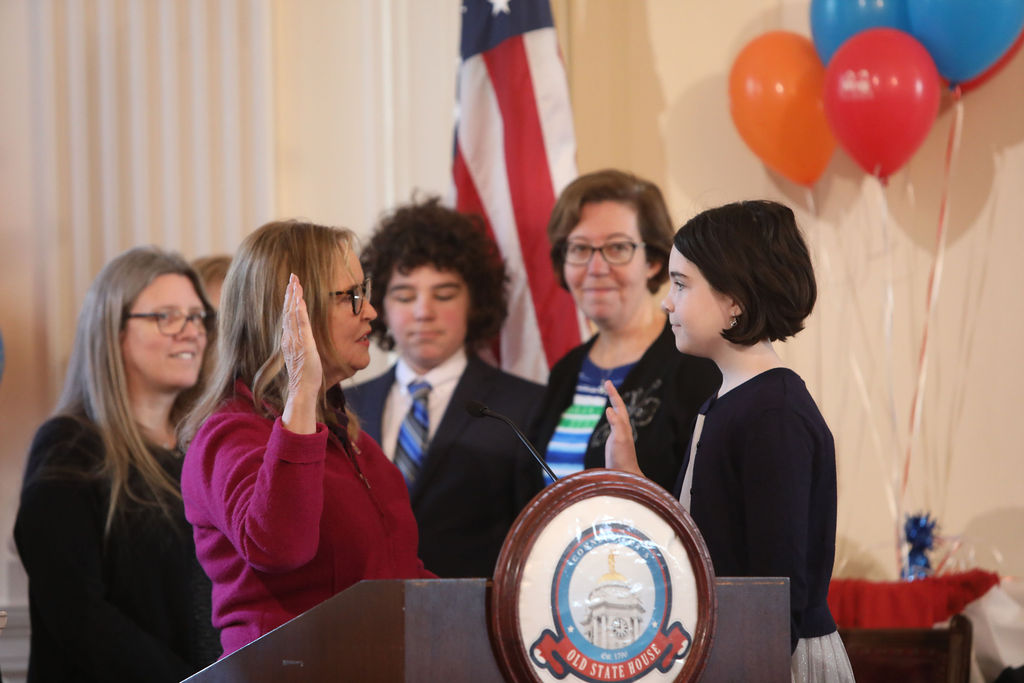 You can view all of the photos from Inauguration Day 2020 HERE.

On Friday, January 17, 2020, Myra Stanfield of Eric G. Norfeldt Elementary School in West Hartford was sworn in as the fifth Connecticut’s Kid Governor. Myra was elected  by the fifth graders of Connecticut based on her platform of preventing animal abuse. During her term, Myra will work on being an advocate for animals by focusing on her three platform points:

You can watch the inauguration ceremony and the press conference HERE. 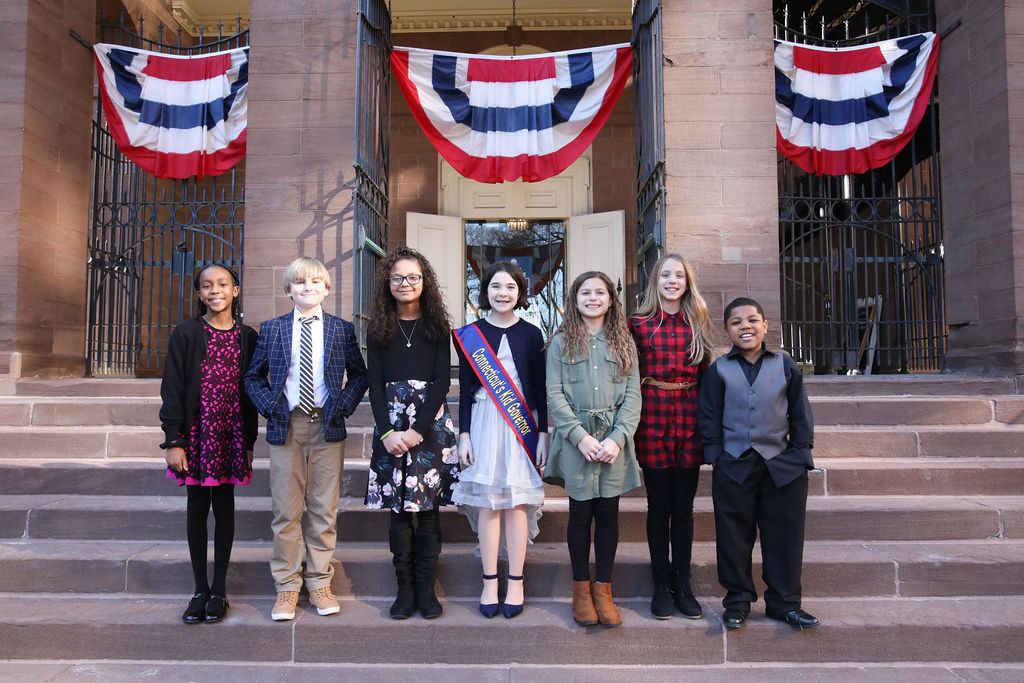 Throughout the year, CTKG Myra will work with the six finalist from the 2019 Statewide Election who will make up her Cabinet. The Cabinet members will meet periodically at Connecticut’s Old State House in Hartford  to discuss how they can support Myra’s platform and continue together on their own platforms. 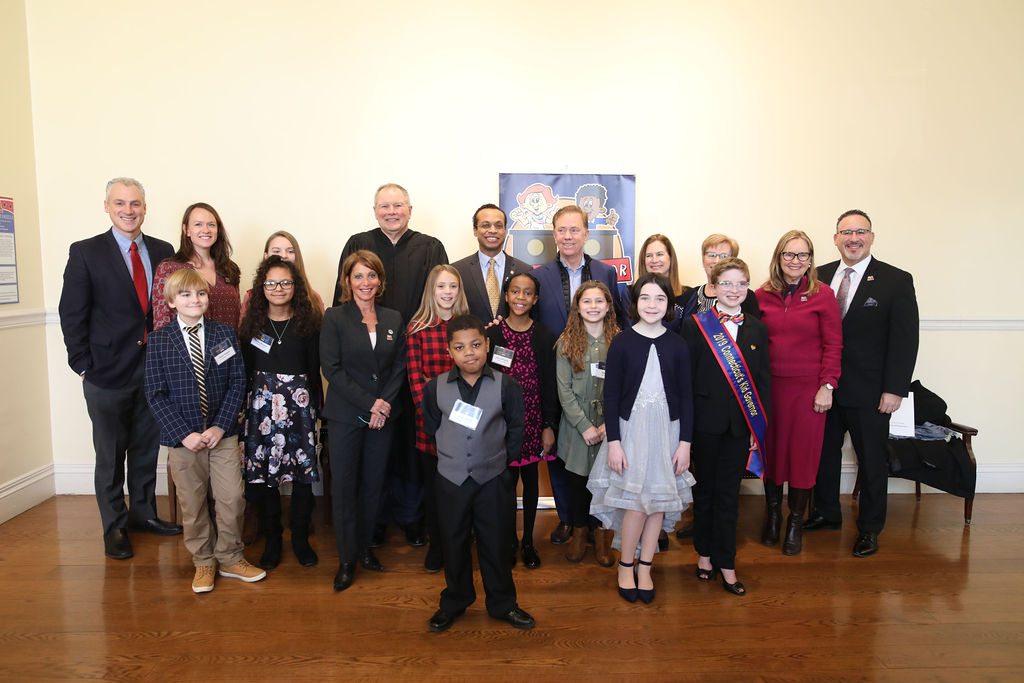